Response to my interpretation of React's “Design Principles”

Yesterday, I shared how concerned I was with React’s Design Principles. Today, I’d like to share the response I received from @dan_abramov —a member of the React team— regarding my interpretation of these principles.

I hope this helps anyone who felt as conflicted as I did.

@rebelliard That Facebook heavily uses React in production (unlike Parse) is exactly why I think community can bet on it.

@rebelliard Community is obviously important but ultimately projects with business value are those that companies keep developing.

@rebelliard So on the contrary, I think you should have been concerned if Facebook didn't use React and maintained it for image purposes 😉

@rebelliard There is also some sort of misunderstanding here. Post says “both externally and internally”. pic.twitter.com/ku7DG0j5S0

@rebelliard “Externally” *is* the community. Sorry if this wasn’t clear. I can change the wording to be more direct. 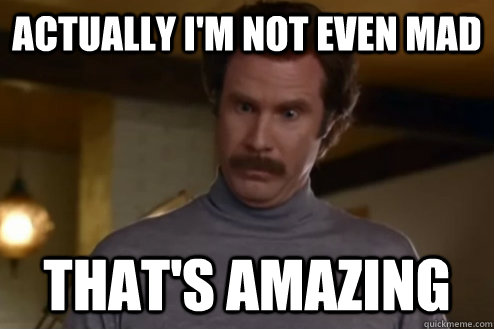 I thank @dan_abramov for taking the time to clarify what they meant. It certainly didn’t occur to me that they kept an ear to the ground and I could just ask, which gives me a sense of relief and quite frankly, makes me even more interested in the library than I previously was.